The ethical challenge for corporations 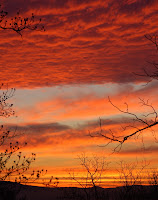 Most people have heard the warning, "Red sky in the morning, sailor take warning." We should have one for corporations, but I don't have one that will just roll off the tongue. The best that I can do is where there is options backdating smoke, there is likely a roaring fire that indicates the company is more interested in enriching executives than in returning value to investors or even pretending to care about the common good.

Today's news has brought news about Steve Job's potential involvement in Apple's options backdating issue. Apple investors know that Steve is Apple, and that anything which might cause Steve to leave Apple would certainly be disastrous for stock valuation.

Yet anyone with serious inside knowledge of Apple can tell you that very little of importance goes on at Apple without Steve being involved. There's always a challenge when a company is doing very well. That challenge is not overlooking the problems that might be hidden by the fantastic results being turned in at the company.

Apple is a great example. After wandering for years in the wilderness and struggling with their 3% worldwide marketshare, the iPod has turned the company into a cash generation machine and the executives are heroes. As is often the case, there might be some heroes in there, but it doesn't excuse wrong doing.

But here we're getting into a larger societal problem which one of the comments posted to one of my Applepeels post pointed out so astutely. We glorify winning at all costs. If we aren't holding winning up on a pedestal, then we're worshiping at the feet of great riches. The CEOs of America can do wrong as least as long as they don't get caught.

I don't know if Steve Jobs did anything illegal regarding stock options. What I do know is that Steve and other CEOs like him have created a climate in our corporations that isn't healthy.

The fact that who know is more important than what you know or what tasks you can do should be of great concern to anyone who hopes that American business can still provide broad based prosperity to our country.

I'm very concerned and written a number of posts on it including, "The inevitable organizational failure," "Fortune 500 workplace ethics," "Cult of the Buddies," and "True leadership."

It is certainly not just an Apple problem. It's a problem with many of our companies. We need to figure out how to fix it.
Posted by Ocracokewaves at 1:23 PM