The Not So Simple Good Life 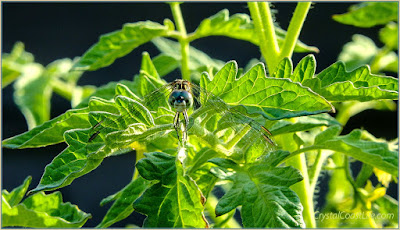 Years ago just after graduating college, I headed off to rural Nova Scotia. After four years of college in Cambridge, Massachusetts, I needed to figure out how who I was and what was really important to me.

My college years were the especially turbulent late sixties and early seventies.  As I finished my degree in the summer of 1971, I really wanted to get away from the city.  Like many on the same path, I came across the book, Living The Good Life, by Helen and Scott Nearing.

The Nearing's book along with the Whole Earth Catalogue by Steward Brand and Malabar Farm by Louis Bromfield were very influential in my sixteen years in Canada that included thirteen years of farming and growing our own food.

Life in Nova Scotia and eventually New Brunswick was much like my youth growing up in the Piedmont of North Carolina in the fifties and sixties.  The influence of my mother followed me to Canada. Her story and that of her generation whose roots ran deep into the fertile soil of rural North Carolina has always had great meaning to me.

I remember well the Sunday afternoons under the shade trees enjoying watermelon or homemade peach ice cream.  As children, we played like there was no tomorrow.  It was a simpler time when people could actually talk politics without getting angry.  I drew many parallels between life on our farm in Tay Creek, New Brunswick and life in rural North Carolina.

While it is easy to romanticize an earlier time, honesty demands that we acknowledge that every age has its problems and often we can find the beginnings of serious problems if we pull away from the curtain of nostalgia.

I grew up believing that hard work had its own rewards. It was a rule that my mother lived by and shaped much of my life. Yet even back in the early sixties, I learned that there was a class of folks who believed that rules were for everyone but them.

While I got sent away to military boarding school before I could finish my eagle scout requirements, I watched with interest from over 360 miles away as some of the boys whom I grew up within scouts got their Eagle award.  I am not sure I ever felt the same about scouting after I learned about the three boys whose father, a former scoutmaster, pulled some strings so that his boys'  series of thefts from soda machines would not hinder their path to becoming Eagle Scouts.  It did not seem right back then or even now that boys who broke into soda machines with crowbars received scouting's highest award.

That event could have been the first in a series of disillusions that might have turned me into a cynic, but I have managed to endure and believe that most people have good intentions.  Unfortunately, over the years I have run into more and more people who believe their birthright is a privilege.

I might understand if these were rich people but many of them are not particularly wealthy yet somehow they have grown to adulthood with the belief that they deserve to be treated differently than the rest of us.

What is particularly distressing is that I have found that these folks will use any small power they might luck into to enhance their status at the expense of the rest of us.  At one time elected or appointed power over others carried great responsibility and the expectation that decisions were to be made for the greater good.  I will never forget the story of my father who as the run on the banks began during the Great Depression refused to warn my mother.  She ended up losing most of her money of the impending closure of the banks.  He was a director in a bank but refused to use his insider position to warm her to withdraw her money.

How different that is than what I have uncovered as I have tried to right the ship of our subdivision's Homeowner's Association.  There I have repeatedly seen people do what is right for them at the expense of the greater community.  Then there is that whole group of folks who love to enjoy the amenities of the community but refuse to follow the rules or even pay the dues that they signed a contract to pay.

While it is not as bad as our national government, it makes it easier to understand our national problem that we have a whole class of people who want to enjoy the benefits of government but spend most of their time trying to destroy it.  It is a sorry state of affairs and it all makes it hard to live a simple life.

One of the best examples of the toxic attitudes that have infiltrated our lives came not long ago.  We were having a terrible thunderstorm with lots of lightning.  My home office has a good view of our neighborhood pool.  As the storm intensified, I noticed several young boys continuing to swim in the pool even as the storm got worse.  As a parent first and secondly as a member of the HOA board of directors, I felt the responsibility to get the boys out of the pool during the storm.

I walked over to the pool and explained to them that you could easily be killed swimming in a pool during a thunderstorm. The boys, all just over fourteen, were very respectful and left the pool quietly. As they were leaving, I pointed out a sign with a list of children fourteen and older with their parent's permission to swim without an adult being.  Since there were only girls names on the list there was no chance of making a mistake.  I simply told them just to have their parents send a note to the HOA so they could be on the list.  I never suggested that they could not come back after the storm was over.

With fifteen minutes their irate mother was on my porch yelling at me about targeting her boys. It was not a pretty conversation.  Never once did she thank me for getting her boys out of the pool during a lightning storm.  She was the aggrieved one because the association established a rule which she had completely ignored in her laziness.  I have heard her standard "boys will be boys" line far too often.  I still remember a friend who worked at a local golf course telling me about chasing their golf cart to the gate of our subdivision.  Workers had caught them as they finished throwing all the flags in the golf course ponds.

When we wonder why there is no respect for authority in our society, we need only to look to the homes that raise children with the mantra that the rules apply to everyone but them.

It is no surprise that those children grow up to be the very ones who disrespect the government and even the contracts that attempt to create a civilized life for us all.  I cannot fix the problem but I can continue living my dream here in our coastal paradise and treating others like I would like to be treated.

Posted by Ocracokewaves at 2:01 PM No comments: