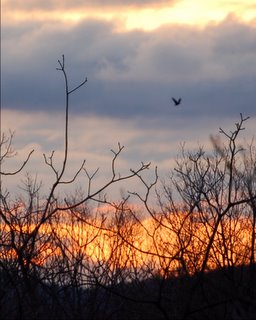 Recently Apple Computer, Inc announced their entry, iWeb, into the world of blogging. I think we should all welcome Apple's acknowledgement that blogging is something that they can no longer afford to ignore. Apple once took out a famous ad to welcome IBM to the world of microcomputing. They went on to watch IBM help create a world of computers that dethroned Apple as the leader in microcomputers.

Based on early examination of Apple's first effort into blogging, I don't think there is much risk in Apple taking over the world of blogging.

As is often the case, Apple's efforts are sometimes colored by the company's solitary nature and isolation from anything that might amount to serious crticism.

For fifteen months now I have been trying various blogging software which has led me to maintain a number of blogs, including the one here, one at Radioland, one at Bubbler.net, and my two main blogs, View from the mountain, and Applepeels along with one rarely used over at Livejournal.

It was only natural that I bring one up with iWeb since I'm already a subscriber to dot Mac. Yesterday I did my first posts to David's Dot Mac Spot.

As I mentioned in one of my other posts, I think iWeb is a work in progress. I felt like I had hand cuffs on while I was doing my first iWeb post. I've been a little nervous about it since when I launched iWeb on a second computer, it didn't seem to see the blog that I had already created. I did manage to post a new page of photos from another computer, but you also can't use iWeb to manage the photos you've already posted to dot Mac so iWeb is something of a mixed bag so far.

I wander from computer to computer depending on what I'm doing. I depend on being able to work on the same thing from multiple computers. I haven't figured out how to do that from iWeb yet, but I've just started using the program so it's early in the game. As I'm fond of saying Apple products usually get better with patience, updates, and some time.

Right now I would suggest anyone that wants to start blogging, try something besides iWeb. Blogger is actually a very friendly and a nice free place to start. I think the tools have improved, and it seems very reliable.

It may take Apple a few updates to get it to reasonable functionality in their product.

I wonder though if iWeb will actually get updated quickly. Blogging isn't exactly part of Apple's corporate culture. Computer snooping might be, but blogging isn't actually encouraged at Apple.
Posted by Ocracokewaves at 9:42 AM 5 comments: