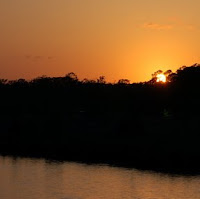 The first time I made vice president, my son told me that I had finally made it to the land of empty suits.

My couple of stints as vice president did not do anything to convince me that having a big title made much difference.

I worked just as hard or harder as when I had a less exalted title.

I have also worked for a number of vice presidents.

There are a couple of things I will say about the role of vice president. In some corporations, vice presidents are almost gods with the ability to do almost anything they want.

As companies become smaller, the role of vice president is largely irrelevant. Often the CEO in small companies creates vice presidents only to make their own role seem more important.

That isn't too difficult since in a small company, the CEO has all the power. The vp role is largely ceremonial in those companies.

It can get a little worse. You can have a sales driven company with more vice presidents than sales people. At that point you have a reached a danger point of having more chiefs than Indians.

There is nothing worse than a top heavy company filled with people who think their title exempts them from real work.

The kind of organization that you really want to build is one where titles don't matter.

Most people don't like those, but they can be the most productive of any organization.

A focus on getting the job done instead of awarding meaningless titles make more sense.
Posted by Ocracokewaves at 7:52 PM