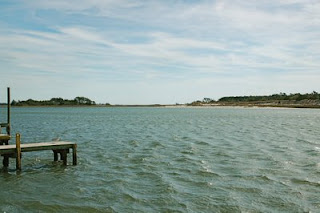 As I look back to the summer of 2004 when I left Apple Computer, I have no doubt that I have learned more in the four years since Apple than I did in the nearly twenty years there.

While I learned a tremendous amount as I worked at Apple, the nature of the company perhaps limits your growth in ways that are hard to see until you leave.

Perhaps the biggest challenge at Apple is the overwhelming pressure for the company to present an image which has no blemishes.

I have learned more from my mistakes since I left Apple than I did from my successes at Apple.

You certainly did not want many mistakes at Apple because that was the quickest way out of the company.

Measured in awards and sales results, my last years at Apple were my most successful.

Other teams flocked to learn what we had done in order to be held up as an example. When you are asked to present to other groups on how to be successful, it might be a warning that you have become a little too successful for your own good.

Success at Apple has to have a sponsor. You can be very successful at Apple and labor in anonymity. However, if your success helps move an agenda forward, you can easily be held up for others to admire. If your success looks like it might overshadow your sponsor, you might see it evaporate.

Success can be turned into a failure with just the right negative words whispered into the appropriate vice president's ear.

In my last four years at Apple, I led a sales team that more than tripled Apple's federal business.

Yet when it was decided that an inside sales team needed to look better than my team, our success got repositioned as failure.

All corporations have similar messes when one executive wants to leap ahead of another. Maybe at Apple it is a little worse, but that is pretty hard to measure. The point is that what you learn from those situations does not help you grow a lot in your skills.

If success at Apple comes not from what and how you have accomplished something, but from what others want to showcase in order to advance their agendas, then it is hard to pull many valuable lessons from the experience.

Since leaving Apple and being on my own for the last couple of years, I have found that the only way to learn whether something works is to try it. If it fails, you try to evaluate why and try something else. You can make a lot of progress that way.

You quickly realize that perfect does not exist in the real world. You can get close, but you soon come to realize that being a lot better than the competition is much more achievable when being realistic and flexible than when agonizing over the perfect words to include in a mailing.

I once watched Apple spend over a year trying to decide what they wanted to say in a security document describing an operating system which had already been released. In effect Apple's programmers managed to get an operating system out the door before Apple's marketing could figure out the perfect words to describe it.

The interesting thing about security and OS X is that Apple missed a huge opportunity to market to many customers who were very troubled about computer security. Apple did not miss the opportunity because they did not have a good product, they missed it because they were afraid to talk about it.

While there is financial security in a place like Apple if you are in favor with the right folks or if you have found away to hide, you will never learn the skills to actually make intelligent decisions.

Significant decision making ability at Apple is restricted to the very few.

If you want to be nimble and ready for this new economy, Apple is not the place to prepare. Try creating your own business, you will learn a lot more.

Having to reinvent myself every six months is an amazing experience, but it gives you a lot of confidence in your own abilities. It is much better than figuring how to cover your rear or whom you have to sacrifice in order to save your own skin.

I would rather have the successes and failures that have taught me much since leaving Apple than the always suspect favor of an Apple vp.
Posted by Ocracokewaves at 7:56 PM