Tis the Season for HOA Boards 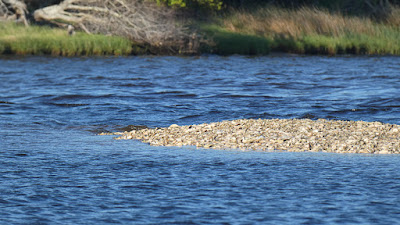 There are posts, that you just do not want to write, but sometimes you know that it is better to speak now before you are to the point of watching people endure a ship wreck.

I served on an HOA Board for three years. One of them was very tough.  See my article, My Descent into HOA Hell. I was also involved in the hiring a lawyer to fix our HOA after we got farther into the bowels of HOA Hell.  Then I got involved a second time when we had a board that decided the best way to have an HOA was to not meet with the members and keep them in the dark. I ended up writing an amendment to the by-laws to keep that from happening again.  I remain involved in our HOA as an advisor since I learned far more about HOAs than I ever wanted to know.

So as many HOAs go into the season of electing new boards I feel a little advice from someone with plenty of scars on his back might at least provide some discussion points before you step off the cliff and accept yet another bad board. You can either listen to my advice from the HOA school of hard knocks or pay attention to the people who are usually experts in everything with little expertise to back up their freely shared opinions.

Many of you reading this have never heard of an oyster rock. Oyster rocks are very plentiful, sometimes beautiful and as extensive on the White Oak River as HOAs are across the country. I kayak and boat the river frequently so I have seen my fair share.  Oyster rocks are lot like HOAs, sometimes you have no idea they are there and often you can have an unpleasant experience if you are not watching for them.  Second, HOAs like oyster rocks often have far more below the surface than what is visible. Ours is a tidal river so our oyster rocks might be visible at low tide but nearly invisible at high tides or during storms. HOAs pop up at elections times and disappear sometimes when you think they should be there. That is the way it is.

All HOAs are different so even if you have had experience in another HOA, you likely might not appreciate the inner workings of the one where you have moved.  HOAs are run by untrained volunteers for the most part and sometimes have a management company that in theory might rescue them from their lack of knowledge. It is truly a thankless, unpaid job that will take more time than you imagine if you do it right.

Unfortunately for a good HOA you need people that understand HOA law, your covenants, your by-laws and your history. Without that you are doomed to failure no matter how well intentioned your HOA board is.

One of the first rules that boards do not understand is that they cannot pick and choose which covenants to enforce. If you let something slide and want to enforce another covenant, someone might take you to court and you will likely lose.

Getting people to be on an HOA board is a challenge because no one wants to be the enforcer of rules especially when their good neighbor might be the person violating the rule. The best situation I have ever been on in an HOA board is when we had a secretary from a management company that did almost nothing for us other than provide the secretary.  She took the angry calls, sent out the bills and minutes, and provided what passed for accounting and budgets.

I eventually discovered every board needs someone who really understands where every penny of the money goes and exactly how much is collected- that cannot be outsourced. That means you need someone on the board who can keep a general ledger. I also believe it is reckless to be involved in an HOA without an independent, professional accounting service that reports directly to the board. The board should not give away its check signing privileges. If you sign all the checks, it much easier to account for all your community's money.

So here are my recommendations for people who should NOT be voted onto a board.
HOAs need to be better regulated by the states, but until that happens when the blue moon with a red ring around it shows up, getting the right people on the board can help make the experience of living in an HOA a very tolerable one.  I have seen good boards and bad boards.  The good ones over communicate and make every effort to treat everyone the same.  The bad ones are rife with favoritism even to the point of letting people do things that are actually illegal.  The first and best weapon you have is your vote.  After that it gets really messy which is why you often see real estate listings advertising "No HOA."

Posted by Ocracokewaves at 9:35 AM