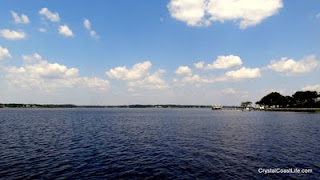 The beach and boating season is here. It has been a challenge to enjoy the last couple of weeks.  Finally as June departed we got a taste of our blue skies which have been hidden a number of days by smoke from North Carolina's two large coastal wildfires.

We have been prisoners of the fickle winds which control  whether or not we have blue sky and sun or just smoke.  It has been been strange waiting for the smoke to go away so we can get out on the water.  We have had enough bad mornings that I was happy recently when I figured out that we were having a fog event instead of another smoke attack.

Our preparations for the Fourth always include some early grocery shopping.  One of the things you don't do on the Southern Outer Banks if you are a local is go to the grocery store on the Fourth of July weekend for any significant shopping.  You might sneak in for a few items, but a major grocery trip is not a good idea.  If you happen to live actually on the beach at Emerald Isle, it is unlikely you could find a parking place at Food Lion even if you wanted one.

The other option would be to leave the island, but then you would have to come back across the bridge which can take a long time.  Most holiday weekends leaving the island if you are a resident or visiting the island if you are a local main-lander  is not a good idea, but this July 2 was even worse than normal.  Some of the longest traffic backups since 2005 were seen in the area according to some knowledgeable locals whose opinions I respect.

I did have to go out to  place some real estate flyers on Saturday, July 2, so we rode down to Swansboro.  If you have never been to Swansboro, Front Street is a something of a challenge even when there is little or no traffic. The main street is a two way street with parking on both sides of it, but unfortunately there is only room for one lane of traffic.  Locals tend to operate by the rule of the biggest vehicle gets the right of way.  With the holidays, we have a lot of folks who have no idea of the way things work.  They often refuse to yield on Front Street so it doesn't take much for the whole system to fall apart and gridlock to take over Swansboro's main street. We were close to that yesterday for a short while.  It is a good thing Front Street has a high quotient of cuteness with lots of little shops.

Fortunately we lucked into a great parking spot at the far end of Front Street,  I went to deliver the flyers to the tourist office while my wife checked out the crafts fair by the new Pavilion where the Fourth of July concert will take place on Monday, July 4..

Afterwards we had lunch at Church Street Deli.  The sandwiches were delicious but at $8.95 each they were a little pricy for what we got. My wife's Reuben was the best choice.  We should have gone across Hwy 24 and eaten at Trattoria like we usually do.  There a split cheese steak sub is more than enough for the two of us and the meal is five dollars cheaper.   After lunch we headed back towards Cape Carteret with the plan of dropping some clothing off at the local consignment shop.  We never made it to that stop.

Traffic was backed up in both lanes of Highway 24 all the way from the bridge to Walston's Hardware so we took a back way through Marsh Harbour over to old Highway 58 and then VFW Road which brought us back to Highway 58 North and the way home to Bluewater Cove.

Later I had a form to deliver to our real estate office so we headed out again at around 3 PM.  Unfortunately traffic was even worse.  After getting the form to the office and making some copies of a flyer, we took the long way once again and went home for good.

Still it is great to see lots of people here.  I am willingly yielding my home turf for a few days.    I was at the beach July 1 and out on our boat on June 30 so I am happy to wait until July 5 before venturing over to the beach or dropping our boat into the water again.  The local businesses need the traffic to survive the quiet season, but I do wish people wouldn't drive like idiots.

I had a car full of youngsters zig zag around me at close to sixty miles per hour after I pulled out of the real estate office.  The speed limit by the office is thirty-five, and usually anyone driving over forty-five will get a quick ticket. Yesterday my only satisfaction was they got caught in the mess at the intersection and had to wait to pass me yet again another mile down the road.

We get the privilege of living here all year so sharing the beach with tourists for a few days isn't much to ask. Our area is a little off the beaten path.  That is one of the reasons we chose the area.  It has always been my experience that the easier the beach is to reach, the higher percentage of bad tourists that you get.

Fortunately you cannot take an interstate highway directly to us.  We are a location which takes a little work to find, and I think that the people who come here in general come because they love the area.  They often come year after year and mostly treat the area like their home.  Of course there are always exceptions, but I don't think we have as many exceptions as some of the more convenient beaches.  It doesn't hurt to have Emerald Isle's very efficient police department either.

So I welcome those who come for a visit and want the area to stay as nice as it is now for their children's children.  The world needs more people like that, and I am proud that we are the vacation spot for many of them.

I have a webpage with quick links to information about the area. There is a link on the page for a downloadable PDF map for those who would like a visual aid for my narrative.  Or if you are in the area, you can pick one up at the local tourist bureaus.
Posted by Ocracokewaves at 8:13 PM No comments: